Home National News Levi’s President Quits; Turns Down $1 Million Severance so She Can Speak Out Against Draconian Covid Policies 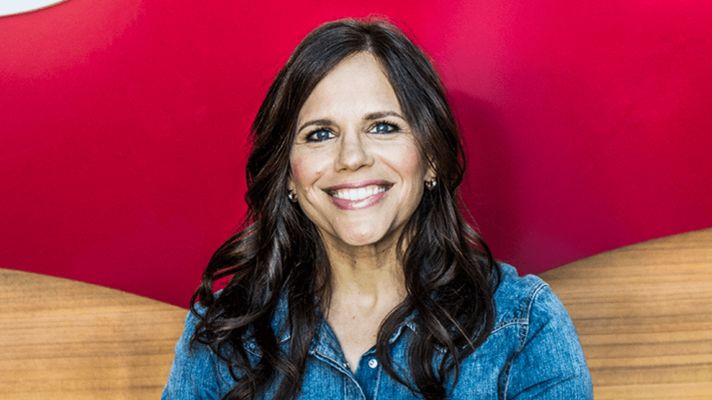 Jennifer Sey, Levi’s Global Brand President, quit after 23 years with the company so she could advocate to keep schools open and keep masks off kids’ faces. Forbes reports that Sey turned down a $1 million severance package in order to avoid signing a non-disclosure agreement.  Sey has been outspoken about what she calls “hypocritical and unproven policies,” even appearing on Laura Ingraham’s show on FOX News last March, where she stated she moved her family from San Francisco to Denver so her children could attend in-person school.

After that TV appearance, Sey was asked to go on an apology tour, which she refused to do. Sey was also told she was on track to become Levi’s’ CEO if she would “stop talking about the school thing.” That was not something she could do. Despite her openly supporting Elizabeth Warren for President and promoting causes commonly associated with left-wing politics, Sey was still criticized for speaking out about draconian Covid policies.

In a Monday tweet posted by Sey, she wrote:

“‘Do we value this notion of open dissent and free speech, and can we work together if we have opposing views? Should someone not be able to work if their views do not align with the current ideology.’ That seems not right to me.”

In a thread pinned on Sey’s Twitter feed since last July, Sey wrote:

Up until Feb ’20 if asked about my politics I would have said left of left of center. But as I’ve watched “progressive” leaders destroy public education, deny kids access to public life, ruin small businesses, demonize a segment of the population to divide us and degrade the public discourse, I don’t know where I fit anymore. I didn’t leave the party, it left me.

I upended my entire life (30 yrs in SF) so my kids could go to school & experience a normal childhood existence. In Co, they attend school, play freely participate in sports, hug friends and even teachers (they are young).

They are not required to think of themselves as filthy vectors of disease. They participate in public life, go to the playground unmasked, and are relatively carefree, the way 4 & 6 yr olds should be. Adults protect them, their childhood, not the other way around.

In SF, another year of school is threatened (3rd school year). Poor kids suffer the most. Inequality deepens. Children are stigmatized.

Sey went on to write,

There is more to life than fear. All areas of our lives cannot revolve around disease avoidance. I want joy & connection, friends & art & celebrations. Not the constant threat of never ending restrictions. A political party that constantly terrorizes the populace & encourages disavowal of each other – I can’t sign up. So I’m a woman w/out a party. But that’s ok. I’ve got y’all. Former lefties, currently homeless, growing in numbers, not going away. We got this.

True Idaho News is supported by our readers. Check out our Support page to see the different levels and benefits you get for supporting us.  Thank you!