Home National News Keep the Republic: What is the End Goal of Putin Invading Ukraine? 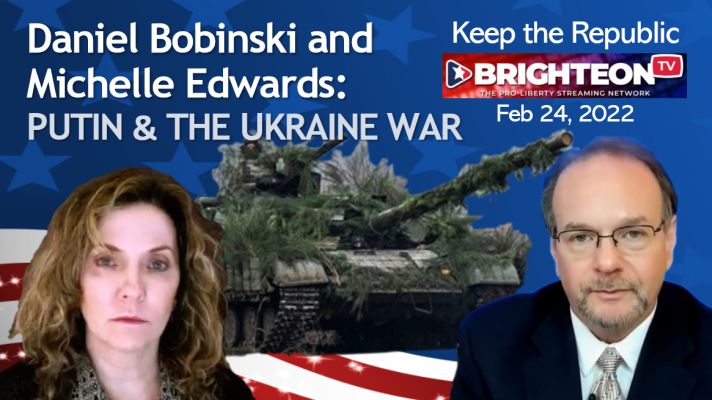 It’s a sad day in the world when thousands of people will likely die because of the ambitions of Vladimir Putin and the Kremlin.  On the Feb. 24th Keep the Republic show on Brighteon.TV (view it here), host Daniel Bobinski shared what he learned from a retired military intelligence officer who now works in the same field but in the private sector.

Bobinski and Edwards also discussed several of her most recent UncoverDC articles:

With this being the last Keep the Republic show for Black History Month, Bobinski played a portion of the Morgan Freeman interview conducted by the late Mike Wallace for 60 Minutes, in which Freeman said the best way to end racism is to stop talking about it.

The full Keep the Republic show containing the analysis shared with Bobinski can be viewed here:

If you like what you’re finding on True Idaho News, please consider supporting our work. Visit www.trueidahonews.com/support