Home Idaho News Is Brad Little a Marionette for Klaus Schwab and the World Economic Forum? 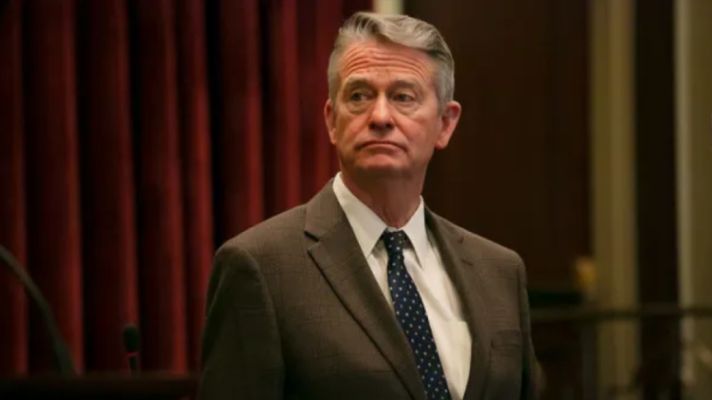 Although our state’s Chief Executive Officer Brad Little continues to proclaim Idaho is in a state of emergency, a lot of decision-makers across the country are ending these, as well as their mask and vaccine mandates. Many people suspect that “marionettes of the narrative” are changing their tune because they fear they will lose votes in the upcoming elections if they keep useless mandates in place. However, a growing number of people suspect that something else in the works.

Specifically, anyone who’s kept an eye on the goals of the World Economic Forum (WEF) know that its leaders have spent considerable time and resources considering all angles. The people running the WEF have hired some of the world’s smartest people – people without any sense of accountability to a living God nor any respect for human freedom – who are working to “improve” humanity and the state of the world. I loathe to make the comparison, but facts are facts: their goals are not unlike those of Adolph Hitler – they want to cull the planet of people they consider to be inferior and control those who remain.

Lest anyone doubt those words, consider the following statement by Yuval Noah Harari, top advisor to the World Economic Forum’s founder, Klaus Schwab:

“Data might enable human elites to do something even more radical than just build digital dictatorships. By hacking organisms, elites may gain the power to re-engineer the future of life itself.  Because once you can hack something, you can usually also engineer it.”

“In the past, many tyrants and governments wanted to do it, but nobody understood biology well enough, and nobody had enough computing power and data to hack millions of people. Neither the gestapo nor the KGB could do it. But soon, at least some corporations and governments will be able to systematically hack all the people.”

These direct quotes clarify the goals of the WEF. And, as cliché as it might sound to some, they truly believe they are smarter than God, which is evidenced by something else Harari said:

Before anyone thinks these people are giving up on trying to control the population of the world just because polls say people don’t like mandates, remember: they see Covid-19 as their opportunity to enact one of their goals, which is to change the physical makeup of humans. Klaus Schwab was clear when he said, “The pandemic represents a rare but narrow window of opportunity to reflect, reimagine, and reset our world.”  Their goals are also evidenced by another of Harari’s statements, “People could look back in 100 years and identify the Coronavirus epidemic as the moment a new regime of surveillance took over, especially surveillance under the skin.”

And let’s consider one more statement by Harari, lest there be any doubt about their intentions:

“Humans are now hackable animals. The whole idea that humans have this soul or spirit and they have free will and nobody knows what’s happening inside me, so whatever I choose, whether in the election or whether in the supermarket, this is my free will? That’s over.”

Bill Gates and His Ilk Have a Plan

As vaccine investor and World Economic Forum collaborator Bill Gates has said multiple times, and each time with a sly smile, “There will be another pandemic.” Whether that means another virus is released upon the world or some other planned catastrophe is unleashed that causes a new level of worldwide fear, a growing number of people believe the reprieve of mask and vaccine mandates simply creates an atmosphere for people to let down their guard.

Another journalist warning of this is columnist J.D. Rucker, who says, “In the case of the sudden shift away from the mandates, we can expect there to be a ‘scary’ new variant of Covid that starts spiking sometime in the future, probably right before the two-month window ahead of election day…”

Rucker believes Democrats actually benefit more from restrictions when the world is subsumed in fear, and that that what we’re experiencing with a retraction of mandates is a calm-before-the-storm.

What will Chief Executive Little do between now and the elections? I suspect his handlers have a plan, but it’s the belief of many that Little will the keep the state of emergency in place because he loves being able to distribute our great-grandchildren’s money to his cronies. People who spend a lot of time at the statehouse tell me Little prefers being told what to do by groups like the National Governor’s Association (NGA) and the Idaho Association and Commerce and Industry (IACI) rather than looking out for the best interests of Idahoans.

Does evidence exist to back that up? If we look at the NGA’s partnership with the World Economic Forum and the fact that IACI’s former Vice President and key lobbyist is Little’s Chief-of-Staff, then look at what Little does and does not do, the answer becomes apparent. IACI members push for what benefits big business – not for what benefits Idahoans.

It is my firm opinion that whatever other edicts come out of the World Economic Forum or through its collaborative arm, the World Health Organization, those decrees should have zero authority over Idahoans. Idaho is and should be a sovereign state, and the person serving as the state’s Chief Executive Officer should be acting on the behalf of self-governance and liberty for Idahoans, not being a marionette for the “elite.”

POST SCRIPT – A Note for Republicans to Register before March 11

The Republican primary is coming up, and in Idaho, the winner of the primaries will likely be the winner in the November general election. Many Republicans changed their party affiliation after the way the national Republican party treated Trump after the last Presidential election. I don’t blame them. But I also know that in Idaho, we are in a battle to restore the Republican party to what is outlined in the Idaho Republican Party Platform.  Too many candidates who love big government put an R after their names and run as Republicans but vote to create bigger government. Just because someone is pro-life and pro-2A doesn’t make them a conservative.

In Idaho, it’s during the primaries that we have opportunity to vote Constitutionally conservative candidates into office. Constitutional conservatives need to know the House recently passed a bill that says if one is affiliated with one of the four major parties in Idaho, one must be affiliated with the Republican party before March 11, or one cannot be given a Republican ballot in the closed Idaho primary on May 17.

Like what you’re reading? Consider supporting our work at True Idaho News!