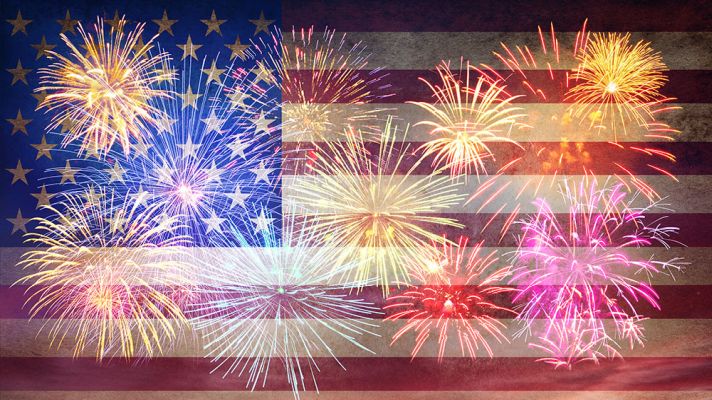 It was 245 years ago on July 4 that representatives from the 13 British colonies in North America officially decided, “ENOUGH” with living under the dictates of a tyrant. Over the next few months, 56 men put their names to a parchment that spelled out their decision to break free:

We, therefore, the Representatives of the united States of America, in General Congress, Assembled, appealing to the Supreme Judge of the world for the rectitude of our intentions, do, in the Name, and by Authority of the good People of these Colonies, solemnly publish and declare, That these United Colonies are, and of Right ought to be Free and Independent States;

Then war broke out, and approximately five percent of the able-bodied men from the newly independent states gave their lives to secure freedom for the inhabitants of the land. Yet here we are, 245 years later, dealing again with the result of sinful human nature: a federal government and state governments run by people who use tyrannical acts to achieve what THEY want – at the expense of freedom.

One purpose of True Idaho News is to shine a light on the misdeeds of people in government – and a willing “mainstream” media that serve as accomplices. That means calling out the people we elect to operate the government, plus those who take the occupation of journalist but spin and twist facts, thus misinforming the public.

For the record, True Idaho News does not have large pharmaceutical companies paying us hundreds of thousands of dollars in advertising to sway our reporting. That said, to help us pay some bills, we will be accepting advertising in the near future, so if you are interested, please contact us.  We are also most grateful for one-time or monthly donations, as those help us provide you with TRUE news you can trust.

In the meantime, below is a list of just some of the activities happening around the state this weekend at which Idahoans can celebrate our independence.  We know we missed a lot, so if you know of an event near you or we need to correct some information on an event listed, please let us know. We will update this list as more events become known to us.

Be blessed, and please be safe this Independence Day weekend!

A Family Festival on Saturday, July 3 at City Park with food and entertainment.
Parade on Sunday, July 4 starts at 11 a.m.
Fireworks over Lake Coeur d’Alene Sunday evening after dusk.

Parade on Saturday, July 3 starts at 09:30 am in Historic Downtown Pocatello.
Beach Party on Saturday, July 3 at the Bannock Reservoir, with a Car Show at the soccer fields.
Fireworks are Saturday evening at 10:00 pm at the soccer fields near Olympus.
Pocatello Municipal band performs a free concert, 7 pm Sunday evening at Ross Park – bring blankets / lawn chairs / picnic baskets.

Melaleuca Freedom Celebration & Riverfest is July 3.
It’s a quite the operation, happening on private property. Learn more here.
Idaho Falls has its parade starting at 9:00 am on Saturday, running on 4th street to Tauphus Park. Parade organizers are also operating a food drive associated with the parade- attendees are asked to bring non-perishable items.

Fireworks over Lake Cascade scheduled for dusk on Saturday, July 3.

“Movie by the Lake” at Legacy Park beginning at 9:45 pm on Saturday, July 3, featuring the Olympic hockey movie “Miracle.”  Bring low-profile lawn chairs and/or a blanket.
Fireworks over Payette Lake on Sunday, July 4th at dusk (about 10:00 pm).

No parade this year.

Fireworks at Ann Morrison Park on July 4 beginning at 10:15 pm.
No motor vehicles will be allowed in Ann Morrison Park on July 4th. Visitors are encouraged to bring their own food and drink as no food or drink vendors will be allowed at the park this year. No glass bottles or glass containers; Alcoholic beverages are not allowed within 250 feet of the Boise River Greenbelt.

Parade downtown (on Cleveland and Blaine) on Saturday, July 3 at 9:00 am.
Vendors, car show and kids’ activities from 10 a.m. to 3 p.m., including contests for most patriotic dog and bike, and a watermelon eating contest.
Music in the park from noon to 3 p.m.
Firework show will be at dusk on Sunday, July 4th at Brother’s Park.

Sunday, July 4 events include:
Senior Center Breakfast at 8:00 am
Flag Raising Ceremony at 9:00 am at Weilmunster Park
Duck Race in Crouch at 4:00 pm
4th of July Parade at 6:00 pm
Fireworks display by Garden Valley Chamber after dusk.

All events on Sunday, July 4:
Parade at noon on Main Street, followed by the Wheelbarrow Race
Idaho City Triathlon at 2 pm – the pie eating contest, the nail driving contest, and the hay bale toss.
Fireworks at dusk at the football field

All activities on Saturday, July 3:
Fun Run in the morning
Parade at 10:30 am
Family friendly games, events and food throughout the day
Fireworks display after dusk

Food, craft, and carnival vendors from 8:00 am – 4:00 pm Saturday, July 3, with a car show from 9:00 am – noon.
Parade is at noon on Saturday, July 3, beginning at Middleton Middle School.
Fireworks are Sunday evening at dusk at Foote Park.

Fireworks show at the Magic Valley Speedway on Saturday, July 3 at dusk.
Fireworks, launched from the campus of the College of Southern Idaho, will begin at dusk on Sunday, July 4. To ensure the safety of pedestrians, North College Road from Fillmore Street to Washington Street will be closed beginning at 9 p.m. The road will remain closed until the fireworks display has ended.