Home Idaho News Idaho is in a State of Emergency, but Not Because of a Bug 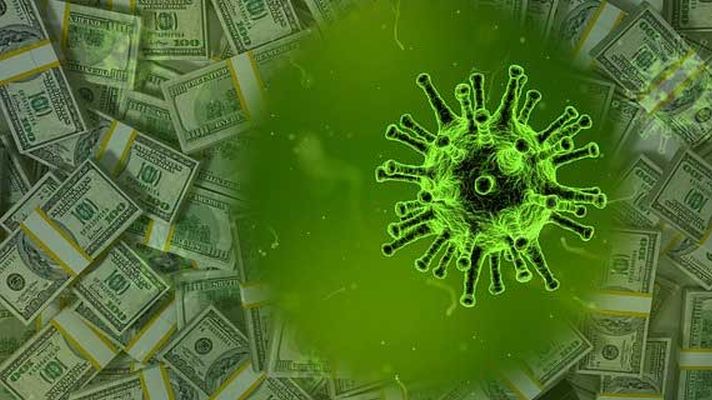 On October 11, 1798, the President of the United States wrote a letter to the Third Division of the Militia of Massachusetts. In that letter, written by John Adams, the sitting President, we see him warn of what will happen to America if the people talk a good talk but don’t walk a good walk. And he also tells us why.

In many ways, the language of Adams’ day was much more artistic and eloquent than what currently exists in our country, but absorb, if you will, the following paragraph from Adams’ letter:

[S]hould the People of America, once become capable of that deep < … > simulation towards one another and towards foreign nations, which assumes the Language of Justice and moderation while it is practicing Iniquity and Extravagance; and displays in the most captivating manner the charming Pictures of Candour frankness & sincerity while it is rioting in rapine and Insolence: this Country will be the most miserable Habitation in the World. Because We have no Government armed with Power capable of contending with human Passions unbridled by < … > morality and Religion. Avarice, Ambition < and > Revenge or Galantry, would break the strongest Cords of our Constitution as a Whale goes through a Net. Our Constitution was made only for a moral and religious People. It is wholly inadequate to the government of any other.

In short, the first half of this paragraph says that if people of America are insolent, sinful and extravagant while “rioting in rapine” (‘rapine’ is the forcible seizure of another’s property), but present themselves as being just and charmingly sincere, then America will be the most miserable place to live in the entire world.

And then he tells us why.

He says America’s government will not survive behavior not in alignment with the principles found in the Bible (“Avarice, Ambition, and Revenge would break the strongest cords of our Constitution as a whale goes through a net”).

And then Adams lays it on the line: “Our Constitution was made only for a moral and religious people. It is wholly inadequate to the government of any other.”

Our Worldview is Key

The people who wrote the Declaration and the Constitution were among America’s best and brightest, but that wasn’t the only thing they had in common. The culture of America was such that one didn’t need to discuss Biblical principles in hushed tones while in public, and this was especially true of the Founders. In fact, nearly 15 years after penning his letter to the Massachusetts militia, Adams wrote to Thomas Jefferson (author of the Declaration of Independence and President after Adams), reminiscing that it was the “General Principles of Christianity” that unified the Founders. (Read that letter here.)

In fact, the general principles of Christianity permeated American culture, and the principles of government set forth in the Constitution were based on such a culture. That is why John Jay, America’s first Chief Justice of the Supreme Court wrote in 1797, “Providence has given to our people the choice of their rulers, and it is the duty, as well as the privilege and interest of our Christian nation to select and prefer Christians for their rulers.” (One would hope the first Chief Justice of the United States Supreme Court would know what was and what was not “Constitutional.”)

Today, Idaho’s Governor Brad Little insists that Idaho is and has been in a state of emergency since March 13 of 2020. However, he and the people processing the billions of dollars coming to Idaho in the form of “Federal Aid” continue to blame a virus that has infected the logic of otherwise intelligent humans. That, and the people who don’t want a rushed and unproven pharmaceutical product injected into their bodies.

Don’t misunderstand – I know people who’ve gotten horrifically ill and have been hospitalized from Sars-CoV-2 infections. For example, one good friend was recently intubated and placed in a medically induced coma. Thankfully she’s alive today to tell the tale. However, I also know people who’ve lost loved ones and dear friends who succumbed to “the virus.” The common thread among them? No early treatment.

No doubt exists in my mind that some people will read what I’m about to write and castigate me. I cannot care. Some may never trust anything published by True Idaho News in the future. Again, I cannot care. I have spoken with too many doctors and I’ve read too many research papers to stand idly by while insolent, sinful and extravagant players “riot in rapine” while presenting themselves as being just and charmingly sincere.

To counter the deceit occurring in the name of profit and power, allow me to quote an Idaho doctor, Ryan Cole. During a presentation at the Idaho Capitol in March, Dr. Cole said, “We don’t have a cold and flu season. We have a low vitamin D season.” His statement is affirmed in research worldwide. Studies in Europe show that Covid infections are rare in people who have more than 20 mg/dl of Vitamin D, and doctors over there wonder why America’s CDC and FDA are not recommending vitamin D to the American people.

Interestingly, in September of 2020, it was revealed by Dr. John Campbell of Great Britain that Anthony Fauci, who publicly offers no suggestions for prevention or early treatment of Covid symptoms (other than physical distancing, masks, and “vaccines”), personally takes 6,000 International Units of Vitamin D daily. Campbell produced a copy of the email, and I took a screen shot as evidence (and redacted the email addresses).

Is it not mildly curious why Fauci does not recommend a similar regimen to all Americans?

The Role of Zinc

Zinc is known to prevent viral replication within a human body, but our cells tend to repel zinc. Dr. Vladimir Zelenko discovered that a common, inexpensive, and long-safe drug that’s prescribed more than penicillin creates an environment that allows zinc to be more readily absorbed by cells. Unfortunately, because Donald Trump heralded that drug as a game changer, it was smeared as dangerous. Papers were published and talking heads insisted it would kill you. Those papers were retracted as false, but the medical industrial complex retains their stance that the drug will cause serious harm.

My question: Based on what evidence? Just saying so doesn’t make it true.

Think for a moment. After 66 years of safe use and billions of prescriptions worldwide*, suddenly this drug will kill you? As I said earlier, a virus has infected the logic of otherwise intelligent humans.

I have had the honor of interviewing some outstanding human beings in my life, but my interview with Dr. Zelenko is among the most insightful. I strongly encourage people everywhere to watch that interview and visit his website to learn more about what he recommends. Read the pages about his Zelenko Protocol. Zelenko’s research is published open source for maximum public benefit.

As a side note, Zelenko says over-the-counter Quercetin and EGCG (a green tea extract) will help the human body absorb zinc. These supplements are not as powerful for getting zinc into our cells as the prescription that’s been castigated, but if zinc prevents viral replication, then one must ask, doesn’t it make sense to try to get zinc into our cells?

Some believe a jab is the only answer. The fact is that so long as multiple viable treatments exist, the FDA is not allowed to issue an Emergency Use Authorization for an experimental drug. Think about the billions of dollars being made by recent pharmaceutical inventions, and how those billions would not be made if other treatments were acknowledged as working.

Also, think about how insolent, sinful, and extravagant players are “rioting in rapine” while presenting themselves as being just and charmingly sincere.

Then think about what Adams wrote in 1798: “Our Constitution was made only for a moral and religious people. It is wholly inadequate to the government of any other.” Like a whale through a net, our God-given liberties are being destroyed, and our right to choose for ourselves what we put in our bodies (our property) is being forcefully taken from us.

Therefore, I believe Idaho truly is in a state of emergency, but it’s not because of a bug. It’s because lots of folks holding office and positions of power (including in the medical community) appear charming as they portray themselves as just and sincere, but inside they practice avarice and are insolent toward the principles of Christianity as they “win friends and influence people” with billions of “Federal Aid.”

Be careful that a virus doesn’t consume your logic. Engage your brain. Consider ALL the options – and also why some might not want you to do that.

Consider what Zelenko says about early treatment: “If you look at the CDC right now for their recommendations for treatment of influenza, their recommendation is to start anti-viral drugs within 48 hours of the onset of symptoms, because it’s much easier to put out a small infection than a large infection. It’s common sense. A small fire is easier to put out than a large fire. If someone has cancer – God forbid – you don’t wait until it’s fully metastatic, you treat it when it’s localized. It’s much easier to cure that way. Covid-19 is no different. It’s an RNA viral infection, and it’s much easier to get the virus under control when it’s a little infection.”

Both Zelenko’s prophylaxis and early treatment protocols can be found on his website, and for your convenience, my entire interview with Dr. Vladimir Zelenko can be viewed right here:

Prescription dosing for the drug in question for treating the current common infection is 200mg twice per day for five days. Engage your brain. Do not let a virus consume your logic.