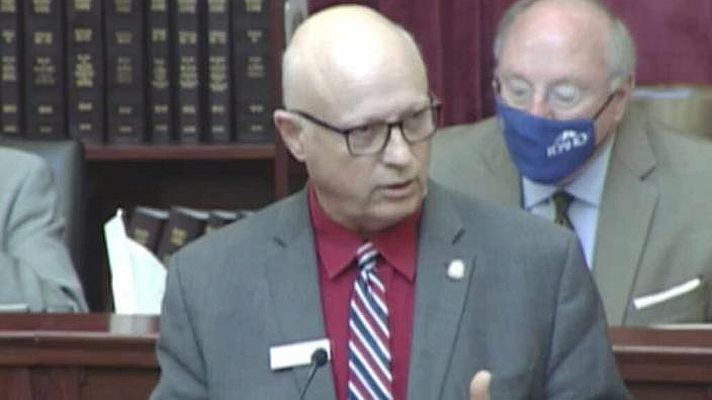 On the last day of April, Idaho’s Governor Brad Little signed HB377 into law, prohibiting schools receiving public money from directing or compelling students to affirm, adopt, or adhere to social justice teachings. Governor Little managed to mock the bill as he endorsed it with his signature.

This writer is glad the governor signed the bill, but sad that he took a thinly veiled dig at his own lieutenant governor while doing so – warning against legislating on the basis of “anecdotes and innuendo.”

It’s regretful that another bill (HB 364) is now deemed dead in the state senate, even after having passed the House by a lopsided 56-12 margin. HB 364 is quite different from HB 377.  It would protect students’ free speech rights on Idaho campuses and require colleges and universities to be publicly accountable for safeguarding those rights.

Republican Senator Carl Crabtree, vice chair of the Senate Education Committee, says HB 364 is unlikely to get a hearing in the upper house because the passage of HB 377 renders it redundant.  Since Crabtree has presumably read both bills, his stance is as dishonest as it is incorrect.

As important as HB 377 is, it only forbids state spending that would force, manipulate, or indoctrinate students into believing they are morally culpable for acts committed by others and in many cases before they were born.  HB 364 is much different. It offers comprehensive protection for academic freedom across the board – including expressions of personal faith and conviction – and it does so with teeth.  HB 364 protects First Amendment rights with the requirement that schools publish their establishment of and compliance with free speech codes, and it encourages victims of bullying to sue for relief.  It is this that Senator Crabtree – a Republican – deems redundant and irrelevant.

Sadly, this is a standard establishment legislative practice with many bills – and not just in Idaho.  A bill with popular voter support passes the House of Representatives and advances to the Senate, where it is expected to pass. But powerful committee chairs decline to give the bill a hearing, and the bill dies.

The Idaho Statesman is a publication notorious for its biased and downright false coverage of anything carrying the modifier “conservative.” That paper declares proponents of the above-mentioned bills are unable to provide factual backing for their concern that students – from pre-school to graduate school – not be force-fed propaganda that white people are fatally compromised simply because they were born white.

The paper omits the fact that multiple legislators have been contacted by students with first-hand complaints. The paper also omits the fact that Idaho’s Lieutenant Governor, Janice McGeachin, is assembling a task force to investigate the extent to which these things are occurring.

What is certain at this point?  Two things:

The first is Idaho public schools are not allowed to compel students to subscribe to critical race theory – the notion every white person is guilty of every bigoted act performed by any white person and only white people are capable of bigotry.  Teachers have no more cause to fear this law than I need be afraid of speed limits provided I observe them.

The second is a media firestorm is already erupting over the formation of the Lt. Governor’s task force to look at public school (read: taxpayer funded) curricula.  If there is nothing to find, why the ruckus?  If media fears a witch hunt, perhaps it should discontinue its own.

To Governor Little, and legislative committee chairs, if you want more deliberate action in the legislature, try being less dictatorial.

To the Idaho Statesman and other biased publications, try telling the whole truth for a change.