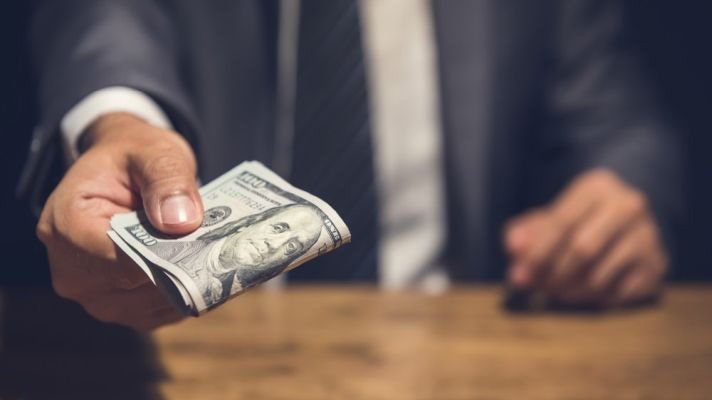 On Wednesday, June 16, Governor Brad Little announced he’s bribing Idaho state employees with four hours of paid leave if they “take the jab.” The jab, according to Little, is “the safe and effective COVID-19 vaccine.” The governor is wrong on multiple levels with this, so let’s examine his announcement line by line.

We’ll start with the opening sentence. “This morning, I informed Idaho state employees we’re offering them a new benefit – four hours of paid leave if they have received or choose to receive the safe and effective COVID-19 vaccine!”

Clearly, his offer of four hours of paid time off is not a benefit – it’s a bribe. Look up the definition of a bribe. The American Heritage Dictionary of the English Language says a bribe is, “something offered to induce another to do something.”

As a transitive verb, the Merriam-Webster Dictionary says a bribe is given “to influence the judgment or conduct of someone.”

Sorry, Governor. Your offer of four hours of paid leave to state employees is a bribe, not a benefit.

The governor is also wrong by saying this jab is a vaccine. By the CDC’s own definition, a vaccine is, “a product that stimulates a person’s immune system to produce immunity to a specific disease, protecting the person from that disease.” [emphasis added]

The product referred to these days as a “Covid-19 vaccine” does not produce immunity. Even CNN reports that thousands of fully “vaccinated” people are catching Covid. So much for immunity. In fact, before the jab was even rolled out, the (alleged) go-to authority on Covid, Anthony Fauci, said that “Covid-19 “vaccines” will only prevent symptoms, not block the virus.” But even then, Fauci lied. The jab does not block symptoms, it only has the potential to make them milder.

And so, the jab is supposed to make symptoms milder, but in realty, people are dying of Covid even after getting fully “vaccinated.” This is why Governor Little is wrong yet again: the jab is NOT safe. Not only can one die of Covid after getting “fully vaccinated,” the number of deaths occurring as a reaction to this “vaccine” is alarming. One report says that with the Covid jabs, “VAERS [Vaccine Adverse Effect Reporting System] has received over 40% of all death reports it has ever received in its entire 30+year history.”

To back that up, here is a graph showing the number of vaccine-related deaths reported to VAERS ever since VAERS was created. Also, note that the 2021 spike is only for the first four months of the year. The number as of this writing is 20 percent higher than what is shown. Go ahead, Governor Little, tell us again how safe this “vaccine” is.

The governor also said the jab was effective. Again, the governor is wrong. As stated above, people still get Covid – and die from it – even after getting the jab.

Let’s now look at Governor Little’s second sentence: “The new benefit comes at no additional cost to Idaho taxpayers.” This is a heck of a spin. The money to pay state employees their four hours of paid time off has already been budgeted, so no, it’s not going to cost us anything beyond what we’ve already allotted. What Governor Little is obscuring is the fact that four hours of paid time off means paying people for four hours for absolutely zero productivity. In other words, the governor is wrong again. Every taxpaying Idahoan will be paying state employees while they do nothing in return for the money. Slick, deceiving use of words, Governor. Bernie Sanders would be proud.

As a side note, if someone suffers a severe vaccine injury after taking the Governor’s bribe, will our state-funded health insurance cover the related medical costs? What if people are injured to the point that they need extended medical leave? What if they die because of taking the jab? Will those costs be covered by the state, or will the Governor cover those costs out of his own pocket?

Governor Little’s next sentence is interesting, because not only does he have no problem shutting down businesses he deems non-essential, he’s now urging business owners to give away their money: “I encourage private employers to consider offering their employees the same benefit.”

This guy has no idea how ignorant he sounds. It’s kind of surprising he doesn’t add, “The new benefit would be at no additional cost to Idaho employers.” After all, he tells us there’s no cost to the State of Idaho, right? Perhaps he realized that if he made such as statement to private employers he would be an instant national laughingstock.

In his final sentence, the governor spouts yet another pile of bologna: “The COVID-19 vaccine is our best tool to protect jobs, strengthen our workforce, and save lives.”

Our “best tool to protect jobs?” Sir, the best tool to protect jobs and strengthen the workforce would be something that stops you and your underlings from punishing business from operating freely. If you’re concerned about protecting jobs and strengthening the workforce, why not press for property tax relief? That would lower the cost of doing business so employers could offer better wages.

If Governor Little was really concerned about saving lives he’d stop distributing CARES money to his cronies and start encouraging doctors to prescribe ivermectin, hydroxychloroquine, vitamin D and a whole slew of other low-cost treatments that multiple studies show reduce the likelihood of hospitalization from Covid. To deny that these treatments are effective is to deny science.

Based on the governor offering a bribe to take the Covid jab, it would seem Governor Brad Little is fond of drinking Anthony Fauci’s Kool-Aid. With that in mind, perhaps it’s time for all freedom-loving Idahoans to send a little gift to our good governor. What if Governor Little was blessed by the people he deems his subjects, and he received packet upon packet of Kool-Aid in the mail? You know, just to remind him of how much we care about him. After all, he seems to like drinking it.

For anyone who would like to send Governor Little a token of appreciation for offering state employees a bribe four hours of paid time off, here’s his mailing address: