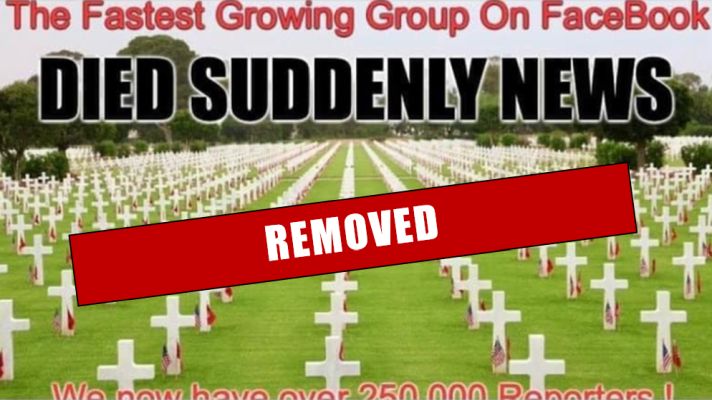 The fastest growing group on Facebook has been deleted. Called “Died Suddenly News,” the page contained hundreds of thousands of stories about death and injury — not from Covid-19, but from the mRNA injections.

Hundreds of thousands of sad and tragic stories, all gone. Even the backup page has been deleted.

Naturally, naysayers to the facts about these gene therapy injections allege that such stories are made up. They are either willfully ignorant of science or willfully busy playing their part for the Liars on the Left.

This past Monday (Sept. 26), dozens of people testified at the Idaho Victims of Policy and Law conference. Facebook’s Leftists would probably prefer to suck on pacifiers or drool over Gavin Newsome’s ego rather than look these people in the eye and listen to the stories of slow, painful (and fully avoidable) deaths and permanent injury because of the jabs. Video of the entire conference is embedded at the Gateway Pundit. I doubt very much any Facebook employee has the moral integrity, the courage, or the empathy to watch it.

We have narrow band of allowable discussion

I do not agree with much of what “philosopher” Noam Chomsky says, but a broken clock can be right twice a day. In his book, The Common Good, Chomsky wrote,

“The smart way to keep people passive and obedient is to strictly limit the spectrum of acceptable opinion, but allow very lively debate within that spectrum.”

You may also remember when Facebook and other social media platforms removed all memes and images of the grey NPCs (the often dim-witted ‘non-playing characters’) used to represent lemmings of the Left. Again, those images made Lefts look like the lemmings that they are, and the interpretation hit too close to home. These are are just two examples of what is NOT allowed.

And now, so it telling others about the deaths and permanent injuries that have resulted from people getting “jabbed.”

It is my hope that another website will rise up to take the place of Died Suddenly News. People need to know the truth.

It was an emotionally taxing day, but I was at the Idaho Victims conference on Sept. 26, interviewing people to get their stories recorded. Some of the stories were absolutely tragic. People died who did not need to die. In my opinion, they were KILLED for the sake of profit. One story about a suicide was especially heart-wrenching.

The Keep the Republic team is currently rendering these videos and getting them ready for publication. If you would like to get on the Keep the Republic mailing list so you get notified when those videos become available, visit www.KeepTheRepublic.us and subscribe. It’s absolutely free to do so.

In the mean time, take a stand for TRUTH. 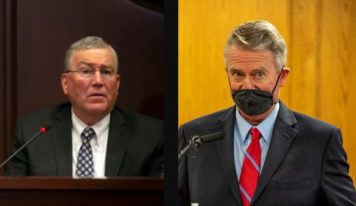