Home Corruption Dear Sage Dixon: Your Lack of Due Process is Damaging Our Republic 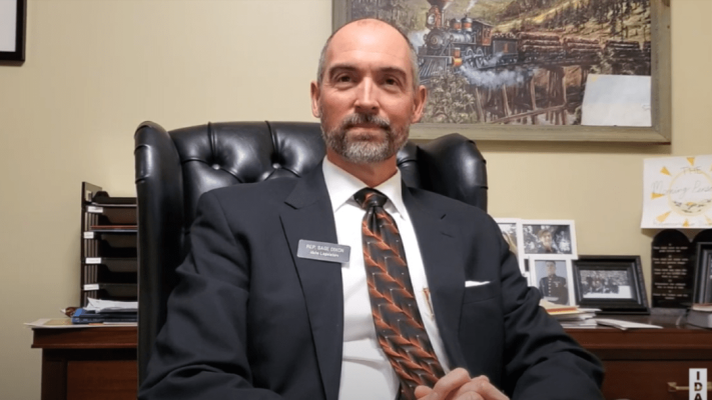 Due process of law, both procedurally and substantively, is a feature that makes American jurisprudence unique in this world. For people accused of wrongdoing, “due process” places the burden of proof on accusers. This means anyone who is accused of anything need not prove innocence; accusers must prove guilt beyond doubt. Moreover, they must employ fair means, including an absolute prohibition against coercing or conning the accused into assisting them.

Due process makes it difficult – although still possible – to use legal and ethical codes to settle scores or eliminate rivals. This is especially true in politics. In fact, due process is in serious jeopardy in the legislature of Idaho, which, ironically, is reputed to be a last bastion of traditional American values.

A few months back, a member of the Idaho House of Representatives – Aaron von Ehlinger – was accused of rape. Police investigated the charge and dropped it. They later re-opened the investigation but have never charged him.

Meanwhile, the Idaho House Ethics Committee convened a hearing with the stated goal of expelling von Ehlinger, not necessarily of getting to the truth. That goal came straight from the mouth of Ethics Committee member Brent Crane, who called himself the third most powerful member of the House, saying he would ensure von Ehlinger’s expulsion.  It is troublesome that Crane’s boasting and proclamation of von Ehlinger’s guilt came before the hearing convened.

The Ethics Committee Chair, Sage Dixon (who was appointed by House Speaker, Scott Bedke), is required to operate under Rule 45 of Legislative Procedures. Rule 45 provides that causes for complaint may include conduct unbecoming a member of the legislature; this was the complaint made against von Ehlinger. Rule 45 also provides for the due process of law guaranteed by the First and Fourteenth Amendments to the Constitution.

Due process includes the defendant’s right to cross-examine witnesses, retain legal counsel, and call witnesses of his choosing; it does not permit witness censoring. The Committee may adopt special rules on occasion, but they must be consistent with Rule 45.

In von Ehlinger’s hearing, what the Ethics Committee did was not consistent with House Rule 45, nor the Constitution.

After the von Ehlinger hearing was over, when Dixon was confronted by Rep. Judy Boyle over conducting a hearing during a police investigation, Dixon reportedly hung his head and mumbled something about being “pretty far down the path and we thought we should continue.”

It should be noted that the charges against von Ehlinger were never proven, and the committee’s recommendation to expel him was based on his assertion of his constitutional rights.

In the end, von Ehlinger chose to resign his seat rather than force his colleagues to be smeared in the press for voting against the Ethics Committee’s Kangaroo Court. However, the trampling on any semblance of due process is not over.

One of Sage Dixon’s special rules forbade publishing the name of the alleged victim, even though her name had been published prior to the hearing and she had a reputation for encouraging compromising behavior from legislators. Rep Priscilla Giddings – who is not a member of the Ethics Committee, and therefore not under Dixon’s authority – linked to an article naming von Ehlinger’s accuser. What Giddings did was link to already published news. She in no way made public anything that was confidential. Also, she was not subject to rules laid down by Sage Dixon for his Committee members. Yet Giddings is now under investigation by “Massa Sage” and his minions for conduct unbecoming a member of the legislature –something that has no definition in Idaho code.

Dixon has recently published the “rules” he intends to use when he brings Giddings in for a hearing on August 2. Again, Dixon is using attorneys from the state’s Attorney General’s office, and again, he gave the committee the right to change hearing rules while the hearing is going on. Given his track record, it would probably be fair to say Dixon will again deny his target the right to call witnesses he deems not relevant.

It gets even uglier. Under Rule 45, allegations made against a member are to remain confidential unless and until probable cause leads the Ethics Committee to announce a formal complaint. That cannot happen before the legislature re-convenes some months hence. Yet before the charges and investigation against her were formally announced, they were published by Boise State Public Radio, a venue stiffly opposed to Gidding’s candidacy for lieutenant governor.

Political Maneuvering and Conflict of Interest

Instead, let us consider the ugliest feature of this smoke-filled back room political lynching. House Speaker Scott Bedke is well known for rewarding his friends and lashing out at his enemies, and it is well-known in legislative circles that Dixon aspires to become part of House leadership. As previously stated, Dixon was appointed to his position as Chair of the House Ethics Committee by Scott Bedke. If Dixon wants to remain in Bedke’s good graces, he has chosen a great way to do it, because Bedke is running against Giddings for the lieutenant governor’s office.

If one were to believe in coincidences, it is interesting to note that Bedke is one who led the charge to request an investigation of Giddings. Can anyone say, “Conflict of interest”?

In reality, there is no due process of law in the Idaho legislature, nor will there be, until voters rise up and replace the entrenched power brokers in both houses. That can begin with replacing Scott Bedke, Sage Dixon, and Brent Crane in the House. It can continue in the Senate with Chuck Winder – who rules the senate, choosing committee chairs who decide which bills pass and which die without a hearing. It should continue with replacing Senators Martin, Patrick, Woodward, Lodge, and Guthrie – who cravenly and corruptly reversed their votes to curb the governor’s emergency powers when he vetoed the measure.

Idaho population is largely conservative and constitutionalist – in other words, in agreement with due process. A core of legislators already exist who reflect that polity, but it won’t be until voters push out the leaders who despise them that the state can begin to live up to its reputation as a bastion of traditional values and culture.

When that happens, it will be a blessing to both state and nation.

ED NOTE: This article originally stated that Sage Dixon was appointed by Scott Bedke to Chair the House Ethics Committee. True Idaho News was notified that House members vote on who will be on the Ethics committee, and the article was changed to reflect that. However, since that time, it has been verified that Bedke does, in fact, appoint the chair of the House Ethics Committee, per House Rule 45 1 (d). This article has been updated to reflect that fact.