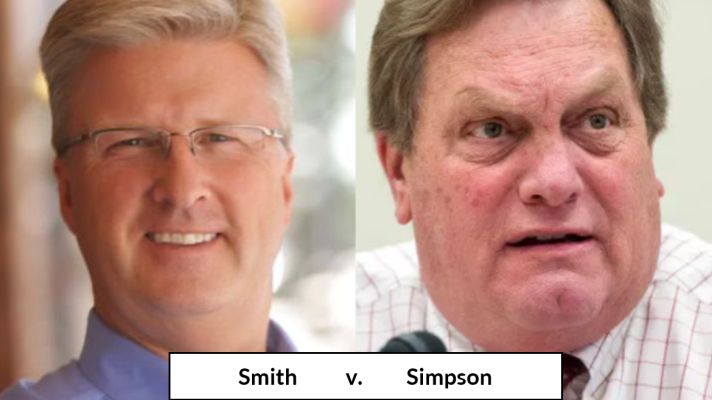 Editor’s note: This Op-Ed submitted by David Goerg represents his personal views and may or many not match the views of True Idaho News. For clarification, Bryan Smith is running for U.S. Congress to replace Mike Simpson. Regarding the reference to dams in this article, in 2021, Simpson traveled to various locations throughout Idaho promoting a $33.5 billion plan to breach four dams on the Lower Snake River.

If you are on the fence about voting for Bryan Smith on May 17, consider this:

Matthew was a tax collector.

I’m referring to the apostle Matthew, the man who wrote the first book of the Bible.

Interestingly enough, the most notable information we have about Matthew and his life prior to his ministry is that he collected taxes from his own people on behalf of the Roman Empire.

In a biblical list of the followers of the Savior, he is mentioned as: “…Philip and Bartholomew; Thomas and Matthew the tax collector[.]”(Matthew 10:3)

It is often observed that his own people probably hated Matthew for doing his job. In fact, we might underestimate the amount of animosity directed against him. After all, the phrase “Render unto Caesar the things that are Caesar’s” is an incredibly famous answer to the question: “Do we really have to pay taxes?”

Apparently, Matthew was good at his job – something we are thankful for in our day, due to the fact that his technical skills as a tax collector translated into the skills of penning scripture and cataloging the genealogy of Jesus Christ.

And while Matthew’s contributions to the “cause of the Christians” is uncontested in our day, it is certain that in his own time, as he began a new chapter in his life, this apostle’s profession of tax collection was heavily resented.

In pointing these things out I am not charting new territory in the world of scripture. These things are common knowledge across all Christian denominations.

And I’m sure you see the point I’m making.

Bryan Smith is a debt collector.

Which is worse, collecting debts for medical professionals or collecting taxes for the Roman Empire?

To conservatives who are sitting on the fence, wondering about Bryan Smith and his activity collecting debts, I would say debt collection and tax collection are both unpleasant professions which deal with sensitive elements of human life. We can acknowledge this.

I would also propose we are engaged in the process of choosing a representative who we will send into a swampy, corrupt, vile, and tempestuous hell hole called Washington D.C.

What type of person do we want to send? Someone who will bend and break beneath the so-called persuasion of endless compromise and pork-barrel bartering?

Or do we need someone who will be able to rigorously adhere to a conservative course of action, despite all buffeting and outcry to the contrary?

If this were the 1970’s or 80’s, we would probably be enamored with any politician who seemed sufficiently bi-partisan or charming – but this election is not taking place in that more peaceful era of American prosperity.

I hardly need to point out that now, in 2022, we are watching important components of our American Republic fragment beneath abuses of authority from the highest offices of power. Unconstitutional laws and the successes of an insidious Leftist agenda have even begun to penetrate Idaho.

We desperately need a conservative force defending our home and liberty in the House of Representatives.

That voice is Bryan Smith. He has the skills; he has the will; and he has the proper temperament, partly due to his professional legal experience.

Smith is not the only option for constitutional conservatives, he’s actually a damn (or dam) good fit for our distressing circumstances.

Make up your own mind, but history has its eyes on us.

Visit the support page to support the work of True Idaho News!