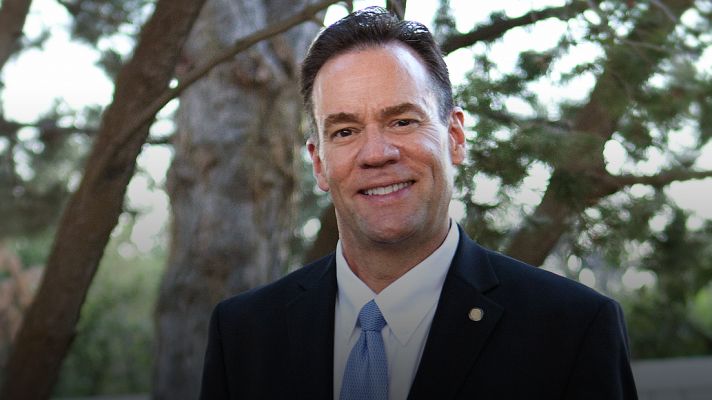 On the evening of Thursday, June 17, Congressman Russ Fulcher (R-Dist 1) took to Facebook to announce he has cancer. In a relatively short, 200-word statement, Fulcher said, “I recently learned that there is cancer in a portion of my renal system.”

Fulcher immediately followed those words with an upbeat attitude, saying, “The good new is: My case is treatable, and I anticipate a full recovery.”

Fulcher says he plans on continuing his Congressional duties throughout the treatment.

Although Fulcher did not specify the part of his renal system that has the cancer, the Mayo Clinic’s website say incidents of kidney cancer seem to be increasing. They also say, “Kidney cancer is often discovered at an early stage, when the cancer is small and confined to the kidney.”

Fulcher is currently serving his second term as a U.S. Congressman. Prior to running for Congress, Fulcher served in the Idaho Senate from 2005 – 2014. Fulcher challenged then-sitting Governor C. L. “Butch” Otter for the governorship in 2014, garnering more than 43% of the vote in the Republican primary (Otter received 51.36% of the vote). The move was viewed by many as an impressive showing against a sitting governor.

A personal note to my friends and neighbors:

I frequently reach out to you to communicate politically themed messages or request your counsel regarding the same. But today’s message is for a different purpose… to relay some personal information.

No one likes to hear the “C” word, especially when having a discussion with their physician, but as many of you have previously experienced… sometimes it happens.  I recently learned that there is cancer in a portion of my renal system.

The good news is: My case is treatable, and I anticipate a full recovery.  Throughout the treatment process I will be diligent in continuing my congressional duties.

As a Christian, I believe things happen for a reason.  This is a time for me to learn and grow from what many of you already have personal appreciation for. By the time it’s over I will be better educated, have more compassion for those with similar experiences, have increased appreciation for our healthcare system, and be a better person!

As always, should you need assistance working through federal issues or have policy concerns, do not hesitate to contact one of my offices. Thank you for your understanding, and your prayers!