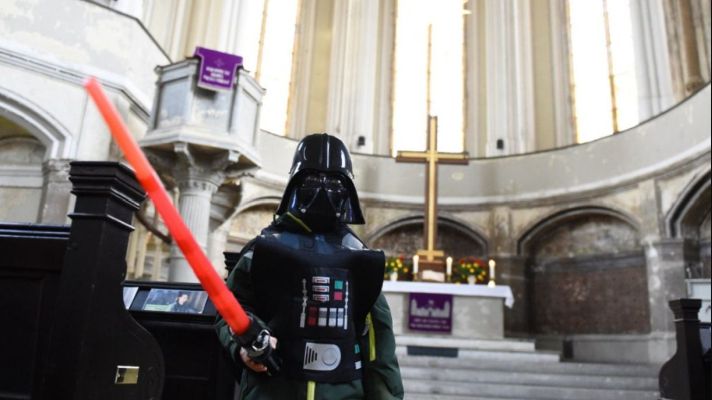 In a piece from the March 13 edition of The National Review, Samantha Harris writes:

“A new orthodoxy has taken over our educational institutions with frightening speed. People who likely never heard the phrase “critical race theory” (CRT) before this summer are now getting emails from their children’s schools about “Decentering Whiteness at Home.” They are discovering that their children’s elementary-school teacher has read them “a book about whiteness” that teaches them how much “color matters” and encourages them to confront “the painful truth” about their “own family” — i.e., that they are being raised by racists. And that’s just the tip of the iceberg.”

Famed evangelical pastor Michael Yousseph from Atlanta’s Church of the Apostles shares a warning to and about churches in a March 10 piece in The Christian Post. In his interview, Yousseph laments that many evangelical pastors are falling into the trap of woke culture for two reasons. First, it is popular. Second, it is of the flesh. Critical race theory is a foundational cornerstone of woke culture, whether in the church or in the classroom. Unfortunately, pastors are trying to fit in.

Yousseph says, “Bowing to woke culture allows you to avoid rejection by culture and society.” He says many “traditionally Bible-believing, Gospel-preaching pastors” have gone so far in their embrace of wokeness as to leave him in tears and sleepless nights. He warns that so long as a pastor bows to moral relativism in an attempt not to offend anyone, his church will fail to effectively minister. He says, “We must take charge. Christians have abandoned so many areas of society… Instead of withdrawing, we need to go and invade these areas and take them for Christ and not be afraid.”

What is this thing from which we withdraw – or to which we pander – in church and classroom? It is Critical Race Theory.

Critical Race Theory is a Marxist product, as acknowledged by its proponents. It is also right out of Hitler’s Nazi playbook – a playbook with which Marxists are mega comfortable. It opines that race is everything, and that the world has oppressed racial communities and oppressor tribes. Loyalty to and compensation for the oppressed elite tribe is all important and all consuming.

One might think this odd, since the Nazis are known as oppressors. However, when Hitler taught his version of CRT, it was the so-called Aryans who were the oppressed and the Jews were the accused oppressors. We can all read about how that turned out.

In the America of 2021, it is people of color, minority sexual orientation, and transgender folk who are oppressed, and heterosexual white people who value the nuclear family are and always will be the oppressors. To the woke, oppressors must do eternal penance simply for being part of the oppressor tribe. By the way, according to the woke, for a white person to deny he or she oppresses is to confirm his or her guilt.

If someone in the oppressor groups denies that he or she is an oppressor, there are consequence. In her National Review piece, Harris writes of David Flynn, former head football coach for a public school in Dedham, Massachusetts, where his children also attend. When Flynn raised concerns about CRT being implemented in his seventh-grade daughter’s history curriculum, he was summarily fired from his coaching position.

There is a third and governing reason for this debacle of churches aligning themselves with the “woke” culture. It is a human, albeit sinful, tendency to go along in order to get along that results in efforts to clone or simply graft ideas like CRT and other woke phenomena like Black Lives Matter and ANTIFA. Both are avowedly totalitarian in vision.

Contrast CRT’s totalitarianism with the classical liberalism embodied in the writings of classical liberals from Dr Martin Luther King to Abraham Lincoln to Thomas Jefferson. King wrote of a time when all men and women would be judged by the content of their personalized character rather than externals like skin color. The trouble with cloning is it always results in either fatal mutations or the equally fatal domination by one original over the other. If we would restore the body – be it political or ecclesiastical – we need to expunge the cancer that simply prefers one oppression over another.

Multiple state legislatures are considering bills right now to prohibit the teaching of CRT. Their future is uncertain, even if they pass, as there will doubtless be court challenges. What is far better, although more difficult, is for concerned parents to take action at the local level.

People who know or are willing to learn the history or our country in terms of our founding and our struggles, can and should make school board members aware that if they act from ignorance or fascistic motives they will shortly lose their jobs. Parents can and should elect board members with the courage to resist Marxist pressure, up to and including unjust court actions. Activist administrators towing the fascist line can be replaced by courageous and responsive board members.

History curricula – in fact, all other curricula – can and should teach all of our heritage – the good, the bad and the ugly. There is plenty of all three. The emphasis should be on how people of good will can address real issues in a positive way, as we Americans have always done sooner or later, one way or another. Our task is always to equip people for opportunity, not tilt the field in a new direction.

As for the churches, our task is always to portray and practice the Gospel. This Gospel understands that the condition of society is the report card of the Church. We Christians may not be of this world, but we are in it for a purpose. That purpose is to influence the world to become more Christlike, not for us to become more worldly. Our founder was a lover of children and orphans – and everyone else He met. However, He was not above calling out the complacent along with legalists and zealots. In fact, He was known to sometimes bring a whip into the Temple.

We can and must demand leaders who embrace this understanding, and the best way to have such leaders is to become such persons ourselves.