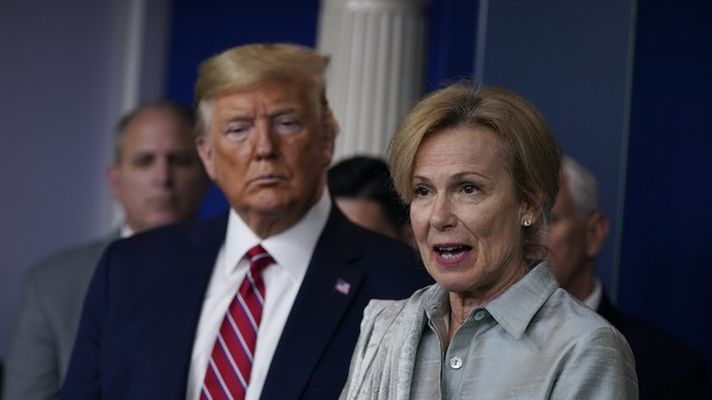 This is Part 1 of a 2-part series on the ripple effects resulting from the lies told the world about the mRNA injections. The article originally appeared on Don Boys’ website and is reprinted here with permission.

We now know there is a mass of contradictory information regarding COVID after irreversible damage has been done following the vaccinations. Over 80% of Americans were baited, bullied, badgered, browbeaten, or blackmailed to get the jab without thorough knowledge and thoughtful consideration. We were assured by “the scientists” and “revered health officials” that the rushed vaccines were “safe and effective,” only to learn they are not safe nor effective.

The Expose on July 22, 2022, revealed that since the beginning of 2022, “the vaccinated population have accounted for over 9 in every 10 Covid-19 deaths in England, and a shocking 91% of those deaths have been among the triple/quadruple vaccinated.” That is super serious, even shocking, and scandalous. No honest person can assert that the vaccines are “safe and effective.”

This was a worldwide blunder (or as some say, plan as in plandemic) that has killed millions and disabled millions more. And when world citizens finally realize what was foisted off on them, resulting in so many personal health disasters, it may become the worst “black swan” event in history. Some say it might end history!

What is a ‘Black Swan’ event?

Most people have not heard of a “black swan” event, but it is an unlikely, unforeseen, and unstoppable event that causes outrageous consequences that are catastrophic. An example would be the results of the assassination of Archduke Franz Ferdinand of Austria and his wife on June 28, 1914, by a Bosnian Serb student while they were being driven through Sarajevo, the provincial capital of Bosnia. The obscure event triggered World War I.

Few people except some Europeans knew much about the couple or their empire. No one thought their deaths would result in an international conflict involving most major European nations, Russia, the United States, and the Middle East. The war led to the Bolshevik Revolution in Russia and set the stage for World War II. Additionally, the transfer of millions of soldiers and military equipment facilitated the spread of the Spanish Flu worldwide, killing 50 million people.

Influential people are concerned about a far worse “black swan” crisis simmering slowly and silently of economic, environmental, and political events that could result in the total collapse of world cultures—triggered by the consequences of the heavy-handed federal approach to the COVID pandemic.

The Covid-19 epidemic prompted U.S. (and most other nations) Government officials to demand free people be forced to permit their bodies to be injected with an unwanted, untrusted, and unneeded substance. As always, “the good of everyone” was justification for a massive overreach and heavy-handed attack on Americans.

Furthermore, the federal health agencies told us “the science” demanded their unprecedented requirements. Incredibly, Americans complied with the unsafe and ineffective vaccinations and the resultant lockdowns, mask-wearing, etc.

Government actions were based on lies

Now, even woke leftists know that many federal health officials are running around Washington with their pants on fire, and everyone knows what causes that. Major federal officials are congenital liars.

President Biden assured us, “You’re not going to get COVID if you have these vaccinations.” Then he got the shots and the boosters and announced, “I have COVID.” And he got it a second time! Of course, Biden’s pants have been in flames since he arrived in Washington. Jill tested positive on August 16.

Dr. Anthony Fauci promised, “When people are vaccinated, they can feel safe they are not going to get infected.” Then he tested positive for COVID two times.

Dr. Deborah Birx of the CDC and the White House influencer told Fox News, “I knew these vaccines were not going to protect against infection. And I think we overplayed the vaccines.” Furthermore, she and Fauci made up information on the fly. There was no scientific evidence for “15 days to stop the spread,” six feet of social distancing and limiting oneself to groups of ten people. She also admitted to altering COVID weekly reports upon which the states made vital health decisions! Her pants are flaming.

While federal health officials, many state officials, and consequently many thousands of uninformed medical doctors stretched the truth, altered the facts, and lied about COVID, some independent, competent, and truthful physicians told the unpleasant truth: stay away from these vaccines like poison.

Serious consequences to those who got injected

Drs. Mike Yeadon, Luc Montagnier, and Vladimir Zelenko believe the COVID-19 shots could reduce life expectancy by several decades. Furthermore, “There is an absolute effect on fertility,” Zelenko (recently deceased) says, “We just don’t know to what degree yet.” Drs. Stephanie Seneff and Judy Mikovits agree with that claim.

Dr. Joseph Mercola reported that Byram Bridle, Ph.D., a Canadian immunologist and vaccine researcher got access to Pfizer’s biodistribution study from the Japanese regulatory agency. He discovered previously unknown facts of a “huge problem with all COVID-19 vaccines.”  Bridle found that Pfizer’s vaccine’s mRNA and subsequent spike protein are “widely distributed in the body within hours” rather than remaining near the vaccination site. Since the spike protein is a poison, it can “cause cardiovascular and neurological damage.” This can result in the toxin accumulating in the ovaries of females who received the injection, causing blood clots, abnormal bleeding, infertility, pain at the injection site, heart inflammation, heart attacks, severe allergies, diarrhea, etc. Additionally, 30,000 women reported their periods being altered after getting the COVID-19 vaccine.

“We made a big mistake,” Bridle said in an interview with Alex Pierson. “We thought the spike protein was a great target antigen; we never knew the spike protein itself was a toxin and was a pathogenic protein. So, by vaccinating people we are inadvertently inoculating them with a toxin.” To a non-medical person, it is strange to purposefully instruct the body to create the thing (spike protein) that will destroy their body.

Dr. David Martin asserted, “Let’s make sure we are clear… This is not a vaccine. They are using the term ‘vaccine’ to sneak this thing under public health exemptions…It’s not a vaccine. It is made to make you sick… You are getting injected with a chemical substance to induce illness, not to induce an immuno-transmissive response…This is about getting you sick and having your own cells be the thing that get you sick…Our leadership who are actively participating in this malfeasance must be made aware that this participation will have consequences. This kind of complicity is no different than what the German doctors and scientists were accused of and went to trial for at Nuremberg.”

When citizens understand what health officials and politicians have done to them, they will do far more than demand a return to Nuremberg. I’m afraid every tree may become a lynching tree, but honorable people will leave punishment to the legal process. Many COVID victims may go from apathy to anger to anarchy with careless and callous health officials and complicit politicians being victimized. If this happens and in large numbers, we may have a black swan event in the works.