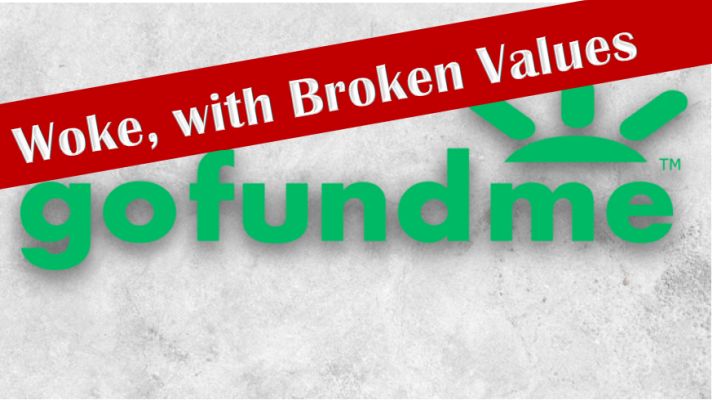 Rather than lose up to $1.8 million by paying bank fees for services promised but not rendered, the crowdfunding site GoFundMe is now issuing automatic refunds to everyone who donated to the trucking convoy that took a stand for freedom. The crowdfunding company’s leadership had originally decided to “cancel” donations to the world-famous truckers’ convoy for freedom and send the money elsewhere, but a global backlash appears to have shaken up the woke.

Over the past few years, the popular online fundraising company has increased the frequency with which it cancels money designated for conservative causes. Over the past few days the company has been labeled a thief, and for good reason. Over $10 million was raised for the truck convoy in Canada, but after delivering the first million dollars, GoFundMe’s leadership team decided they didn’t want to support the message of the convoy. Rather than issue refunds on the remaining $9 million, they decided to redirect the money given for truckers to other charities. The assumption is that GoFundMe didn’t want to lose fees they would receive for processing the $9 million to someone.

Soon, an alternative company named GiveSendGo, which believes rights come from God and does not practice wokeism, started collecting money for convoy drivers. Over $1.1 million dollars was raised in just 12 hours. The freedom-friendly company also issued the following statement on their Twitter feed:

Did you know if you dispute the donation given to gfm with your bank/CC they will be charged a $15 dispute fee. They want you to click the refund link because there will be no fees. What they don’t want is 120,000 (amt of donors) $15 fees!

It appears that donors took GiveSendGo’s advice and began calling their financial institutions, stating that a chargeback was needed for services not rendered. GoFundMe saw a disaster in the making, because instead of making money by sending $9 million to charities, GoFundMe realized they could end up losing $1.8 million because of dispute fees.

With that realization, GoFundMe’s leadership team decided to change their tune, and they are now refunding all the donations – without anyone needing to request the refund.

Unfortunately, some Leftists would rather force their ideology on a population instead of letting the free market operate. As such, attacks have been made that overwhelmed the GiveSendGo system. The Christian-based crowdfunding platform has not been “hacked,” which means all data remains secure, but those who do not want liberty-minded people or organizations to receive funds have made the platform temporarily inoperable via what’s known as a DDoS (denial-of-service) attack.  Such cyber-attacks make a network resource unavailable to its users by disrupting the services of a host connected to a network.

The freedom-friendly YouTube alternative Rumble.com, which has equipment that can help GIveSendGo, has connected with the crowdfunding platform and the two companies are engineering a workaround.

UPDATE: The workaround is complete. The link for donating to the freedom convoy truckers can be found here.

Editor’s Note: This situation should serve as a wake-up call for all companies that think being woke is a virtue. Many large companies think they can drive society towards or away from issues they believe are important by “canceling” organizations and people who disagree with their worldview. This is not how business is supposed operate in a free society; however, it has become the new normal in America.

Thankfully, alternative economies are springing up, and given the current economic climate, it is time that true Constitutional conservatives start doing business with companies that value Constitutional principles.

To that end, True Idaho News encourages readers to visit websites such as stripe.com competitor www.paralleleconomy.com and www.findapatriot.org, a place for conservative businesses and individuals to connect. People are also encouraged to search out local companies that they know support Constitutional values. Additionally, businesses should look into becoming Private Membership Associations, as this removes the need to follow draconian rules placed upon businesses by government policies. Watch for more from True Idaho News on this topic.

Like the truth you find on this site? Consider supporting our work. Visit TrueIdahoNews.com/support. Thank you!