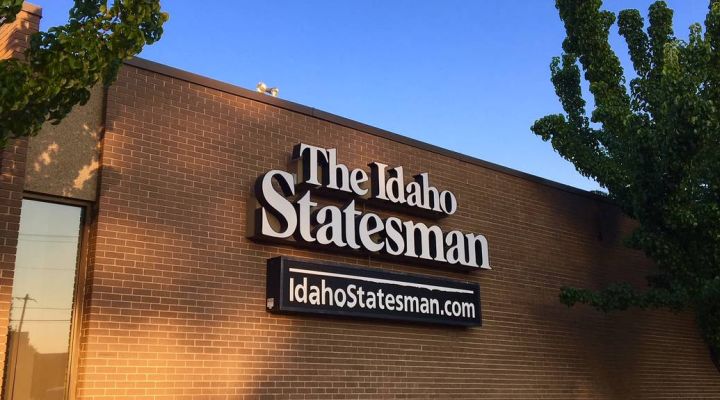 In the first article I wrote for UncoverDC.com back in 2019, I referred to the “mainstream media.” Tracy Beanz, UncoverDC’s founder, asked me to change that phrase to “legacy media.” She said, “They are no longer mainstream.”

Beanz was right. In fact, today, I’ve come to use the more accurate phrase of “propaganda media.”

Despite Idaho’s deep Red citizenry, propaganda media is flourishing in this state. Our “legacy media” outlets — the ones we used to trust — are now cranking out left-wing opinion under the guise of fact, all while their authors and talking heads claim to be mainstream journalists. They are clearly hiding their left-leaning bias.

A few months back, someone told me, “I really like what you’re writing at True Idaho News. It’s not biased.” I replied, “Au contraire, what I write is biased. I hold a Judeo-Christian worldview and it is from that perspective that I write. What you’re not going to get from me is lies.”

As the editor at True Idaho News, I have made a conscious decision to expose the lies and twisted “facts” presented in our state’s propaganda media. Make no mistake, I write from a Constitutionally conservative, Judeo-Christian perspective. The propaganda media has a very different bias, but they won’t tell you that (see here, here, and here). Still, they present themselves as “mainstream,” and thus, they are lying to you and me – their audience. You need to know that.

True Idaho News brings you exactly what the name says: TRUE Idaho News. With that understanding, we also share work from other outlets that also provide truth. The following piece first appeared in Action Idaho and is reprinted here with permission. I strongly recommend you share it with your friends.

There ARE Extremists in Idaho, Just NOT Who You Think.

Dorothy Moon’s elevation as Republican Party Chair has unleashed another series of pathetic articles about how Idaho conservatives are extremely extreme.

The Idaho Statesmen has published a hollow two-part series on white nationalism and extremism in Idaho. Each article is endless propaganda, aimed at sapping political momentum, such as it is, from conservatives. These propagandists fail to see how their own extremism makes the fake extremism of the so-called extremists less extreme.

Propagandists at the Idaho Statesmen and in the national media show their radicalism in what they do and what they leave undone. They celebrate men dressed as sexualized women grooming children at LGBTQ+ pride parades. They condemn anyone who dissents from coronavirus lockdowns. Asking questions about anti-white critical race theory is called a witch hunt. They tolerate “vaccine mandates” on employees, crushing their long-term dreams and careers of faithful employees. They tolerate drug epidemics. They insist that God-denying philosophies inform all of our public life. They encourage young children to transition from one gender to another. They encourage internet mobs and cancellations. They applaud a two-tiered justice system, forgiving leftist crime while inflating rightist crime. They bring tens of millions of immigrants and refugees into the country, often secretly, and plant them in our communities. They celebrate declines in domestic energy production. They refuse to cover attacks on churches and pregnancy centers since Roe was overturned. They call riots peaceful protests. The leftist establishment openly hates the country as systematically racist, sexist, homophobic, unequal, polluters, etc.

Then they have the gall to label those who oppose them “extremists.”

Conservatives see the game. Conservatives can and should align with anyone, even so-called extremists, willing to oppose establishment decadence, perversity, and lies.

Many are joining the coalition against the leftist extremism. Some of those people hold views that are distasteful to some. Whatever. Those people are allies in the fight against sexually grooming young children and corrupting the country.

Perhaps some unruly folks went too far opposing mask mandates. Whatever. The people who locked the state down for nearly a year and imposed endless mandates embraced the instruments of tyranny.

Some people entered the U.S. Capitol building to protest electoral justice and acted irreverently. Whatever. At least they did not tolerate and reward lawless rioters who burned court buildings in the name of racialized justice.

Some people outside of the mainstream views show conviction in front of internet mobs. Good for them. They might be just the allies we need to save the American way of life.

Propagandists try to shut down conservatives with accusations of extremism. They wax nostalgic for the “Party of Lincoln” or they worry that haters have taken it over. This is a favorite tactic of Idaho’s premier fake Republican Jim Jones, as you can see here and here and here and here.

We at Action Idaho have forgotten more about Lincoln than Jim Jones ever learned in his Google searches for Lincoln quotes. Amid debates leading up to the Civil War, Lincoln tried to create sympathy within the new Republican Party. Some in the new party were worried about the extremism of other members of the party. Lincoln thought this worry was very silly. “Stand with anybody that stands RIGHT,” he said. “Stand with him while he is right and PART with him when he goes wrong.”*

The substance of the Idaho Statesman series is a old joke. Counterterrorism experts are quoted here. The Homeland Security Department is there. The Southern Poverty Law center is quoted as finding 19 hate or anti-government groups. They even trot out a professor of anthropology to wail about Idaho extremism. Leftists quoting leftists complaining about “extreme” conservatives. These are the same types who celebrate real leftist terrorism while getting night sweats over parents at school board meetings or J6.

In fact, the Statesman series boils down to this. The old extremists burned crosses. The new extremists wear “suits and ties” and are targeting “curriculum in schools and such,” as one anti-extremist expert puts it. He concluded: “It’s a different challenge.” You bet it is different! Anyone who would equate the old and new extremists is lying and trending tyrannical.

*Lincoln continued: “Stand WITH the abolitionist in restoring the Missouri Compromise; stand AGAINST him when he attempts to repeal the fugitive slave law. In the latter case you stand with the southern disunionist. What of that? You are still right. In both cases you are right.”

This article first appeared at Action Idaho, and can be found here.